The Friday night before the ball was an important night in the history of the club. For the first time in our 20 year history we cast a look back and identified the people who have made the biggest contributions to the Southerners. These people were named “Club Legends”. The way it worked was quite […] 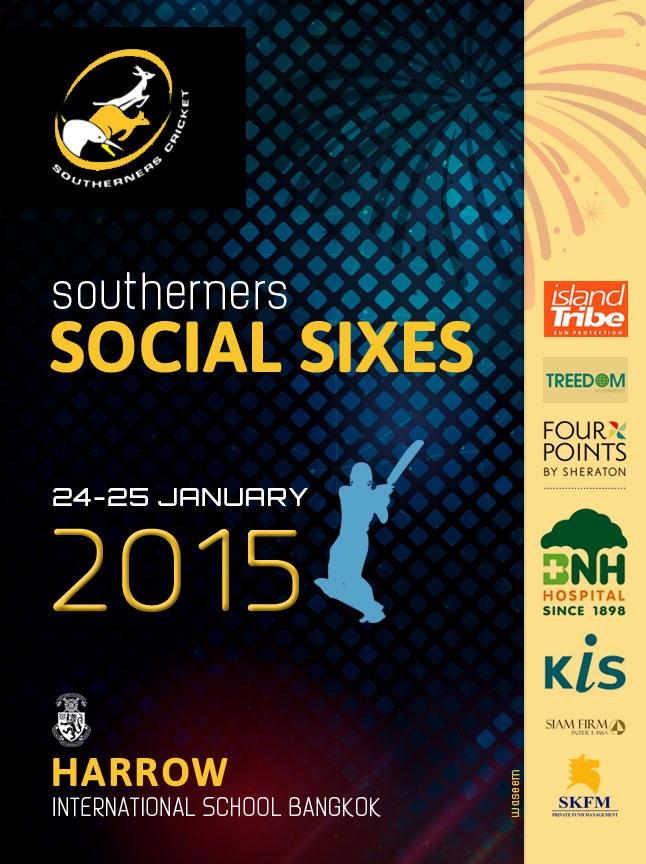 Southerners Social Cricket 6s returns for 2015 at the home of Southerners Cricket, being Harrow International School. 10 teams will again compete for a variety of divisions over the two day event at Harrow. Some of the teams include Lanna CC from Chiang Mai, Black Swans from Perth, Pattaya CC, The Village CC from Phuket […]

By Leanne Nicholls Over the Halloween weekend a mixed squad from Southerners White, Gold and Red headed to Phuket to play two teams from The British International School. Congratulations to everyone who all played and made the weekend a huge success! We were victorious in all 2.5 games despite the hangovers, lack of air con […] 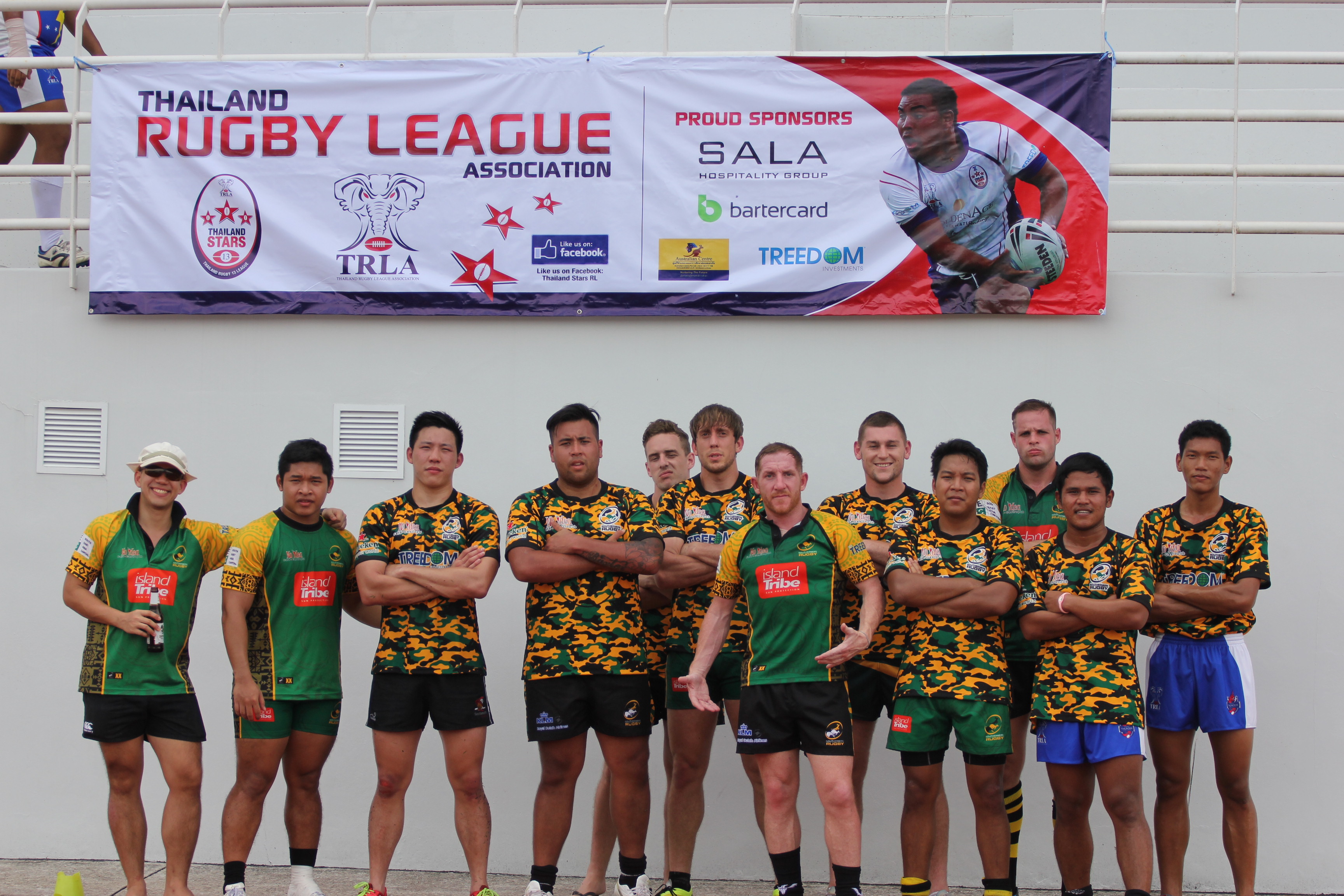 by Matthew Waugh Southerners recruited only the premium of crop for this little weekend away. As this was League, your average Joe just wouldn’t cut the gravy on this expedition so the squad met at Don Muang and got on their way down to the holiday destination that is Phuket. Friday night saw a quiet […]

With tickets to the ball selling so fast, some people will inevitably miss out. As Southerners we hate that, but unfortunately the ballroom has limited space so its unavoidable. Luckily, we are having two evenings on ball weekend where the club will be shouting. On Friday, November 21st, the Southerners Sports Club is welcoming […] 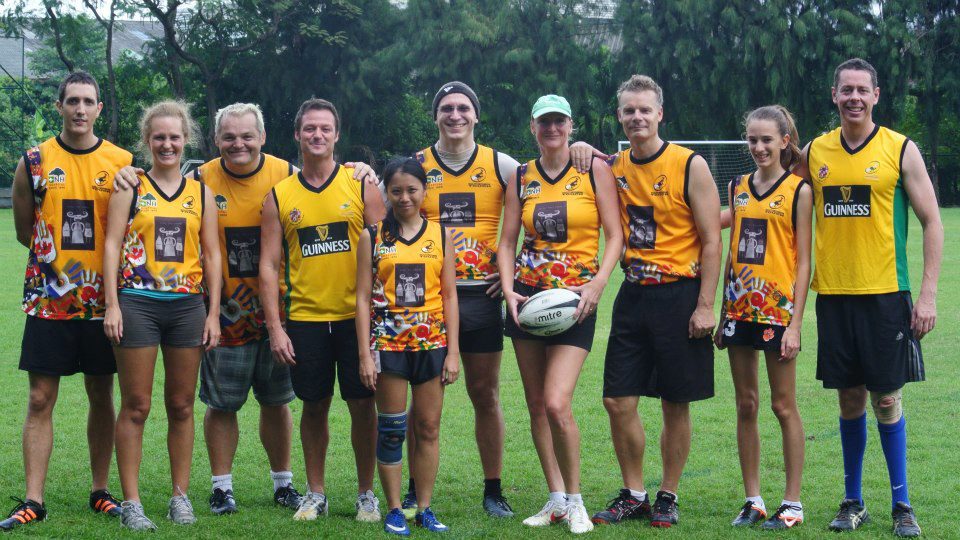 Hello everyone, The Southerners Sports Club touch section is pleased to announce the dates for our two annual tournaments. Please save the dates. We hope you can make it! More info will follow later on. November 15, 2014 Southerners Annual Social Mixed International Touch Tournament (is SASMITT easier to remember?) February 28-March 1 2015 Ladies […]

We are having a Social Mixed Team Netball Tour to Phuket on October 31 to November 2. Please email Mackie: mackie.elwell@gmail.com with your full name and what team you’re currently on if you are interested! Fun! Halloween! Netball! 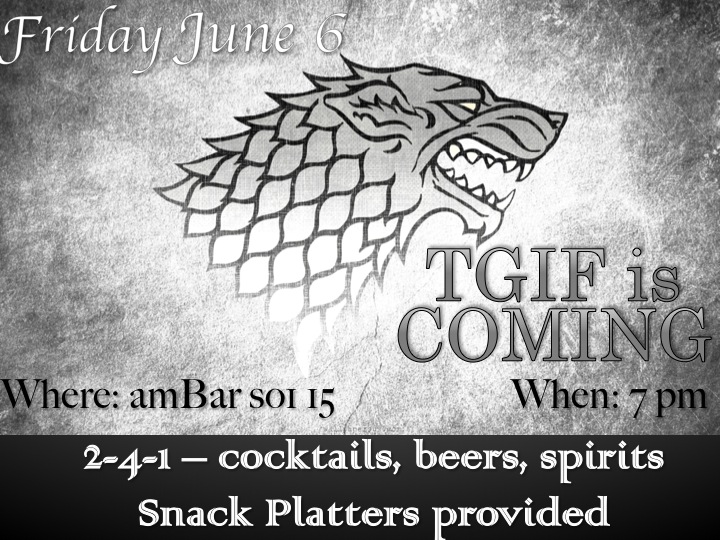 Friday, May 9 No Idea Gastropub Sukhumvit Soi 22 7 pm onwardsIt’s too hot to do anything else so come and grab a drink (or three) with friends to support our main sponsor!!!SEE YOU THERE!! 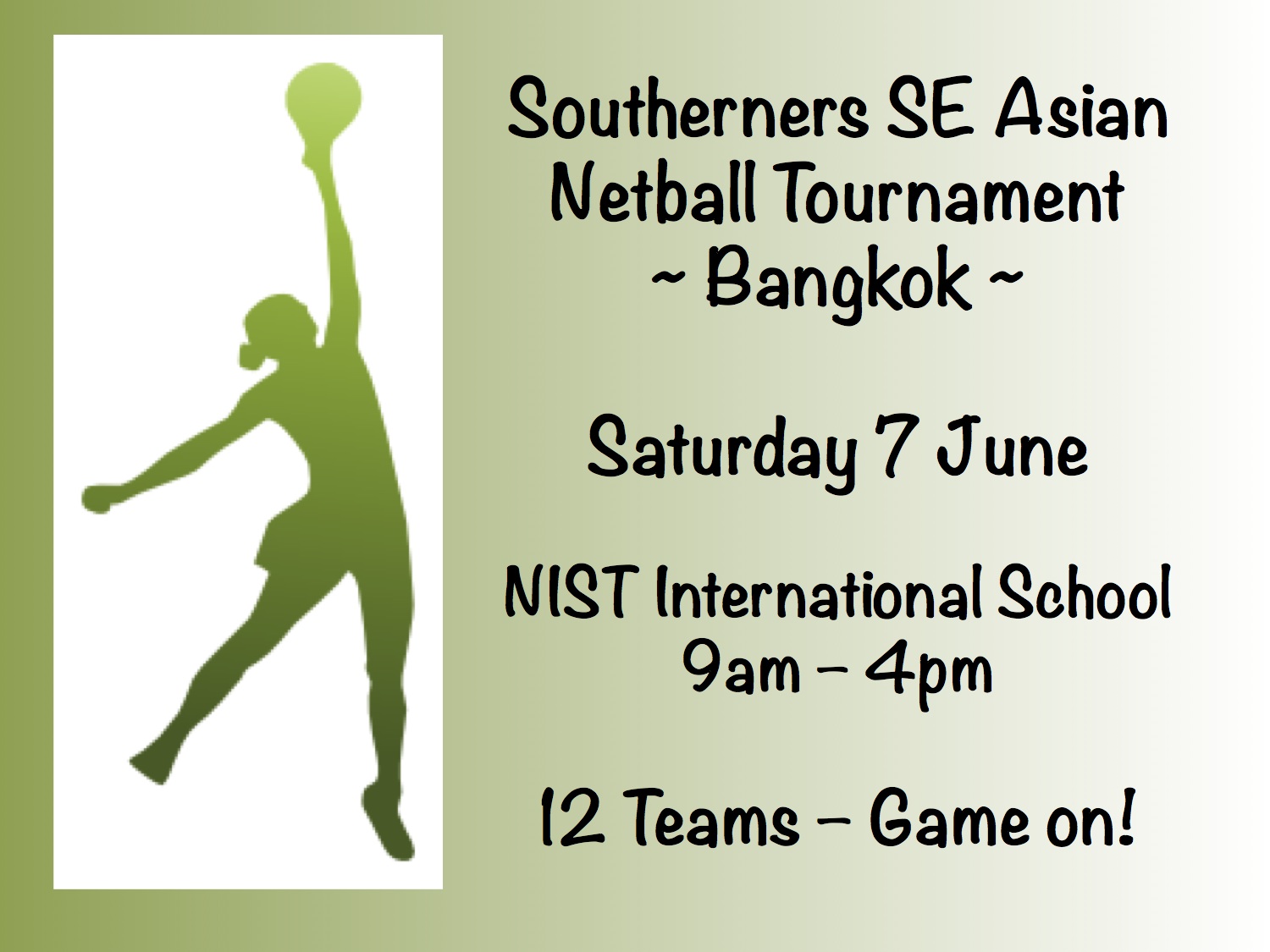 The Southerners SE.Asian Netball Tournament will be hosted at NIST International School on Sat 7 June. Come on down and support the Club – the tournament will kick-off at 9am and play through until approx. 4pm. The standard of netball being played will be of a high level with a number of players traveling […]