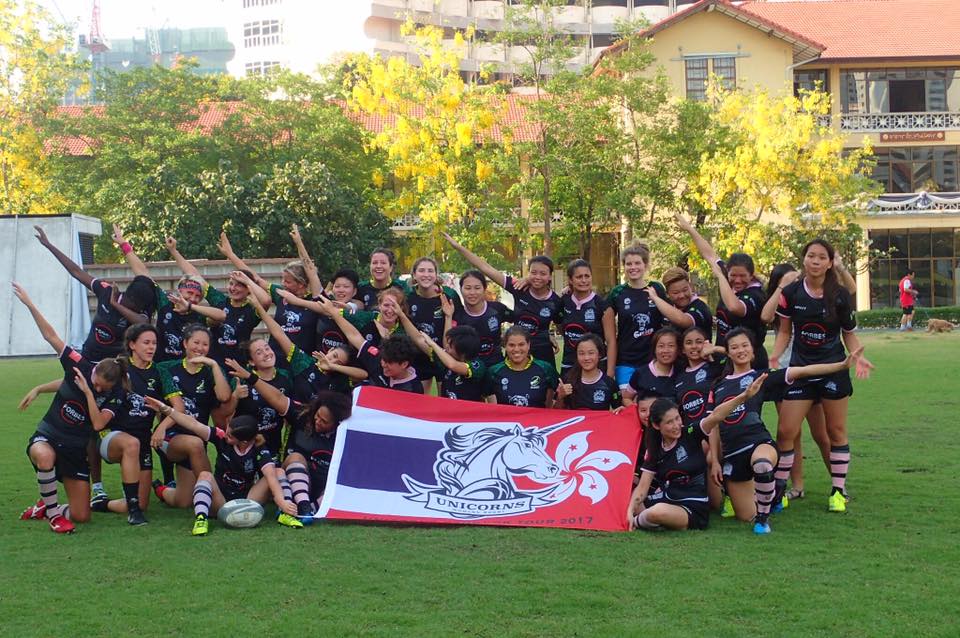 Saturday saw a return to the pitch for the Bangkok Southerners Women’s Rugby Team (with some help from the Banger Belles) after their efforts at the Bangkok International Rugby Tens Tournament. The opposition this time was a touring university team from Hong Kong. The match was 10-a-side with four 10 minute quarters to be played. After a fairly long hiatus for most of us (plus hangovers for some), we kicked the match off in the searing heat of Bangkok’s summer. Starting the match on the back foot due to a slow start enabled the Hong Kong Unicorns to break away and score in the corner. However, it wasn’t long before our quick hands and powerful back line were able to break through their defense scoring twice in quick succession. 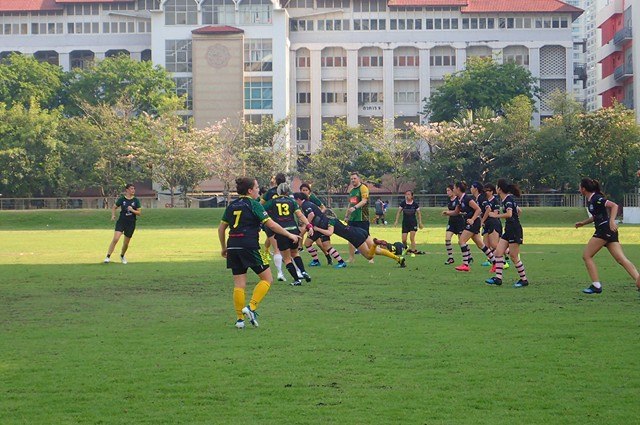 Unfortunately, the second quarter saw one of our try scorers, Chantel, suffer a dislocated finger. This was admittedly for the most pathetic reason in history – poking someone – but it still prevented her from playing the rest of the game. The Unicorns used this to their advantage to score again but we didn’t give up and a try from Bitch of the Pitch Brianne saw half time end 15-10 in our favour. The Unicorns came out strong in second half being tough in the scrum and dynamic around the ruck area, this pressure set up the platform for their third try of the match. 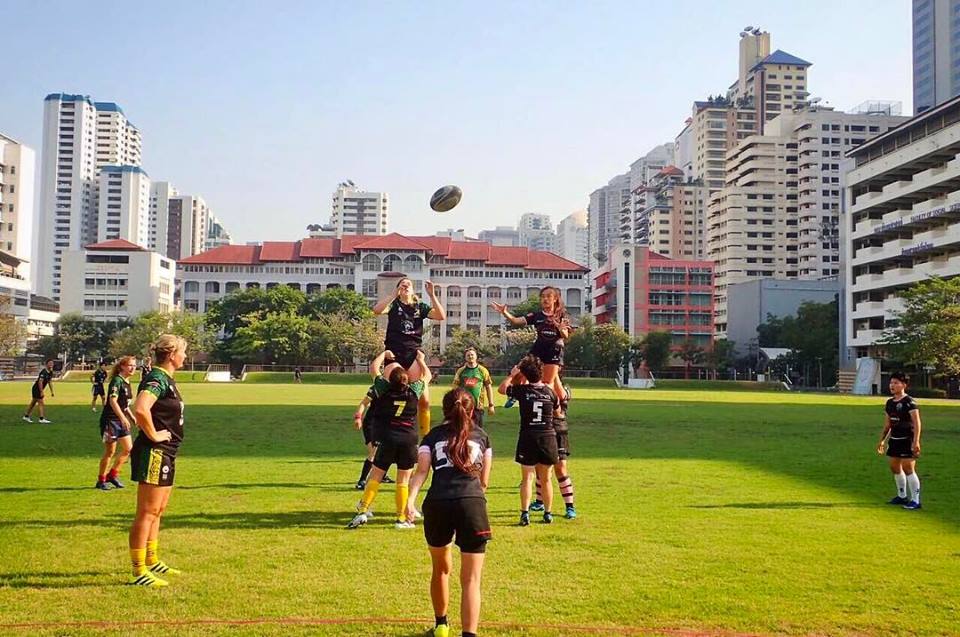 The improvement of the team as a whole since our first ever match at Srinakharinwirot University was immense. We were supporting our runners a lot more and this allowed Emma and Brianne to break through (despite confusion where the make-shift flip-flop try line was). The 3rd quarter ended 25-15 with the Southerners  going from strength to strength for the rest of the match. Our defensive line was strong and we were able to shut out the attack in the final quarter. Our quick hands and quick thinking produced tries for Keri and Brianne who finished the day with a hat-trick. The final score was 35-15.

Some wins mean more than others especially our first win as a team. Special thanks to the Hong Kong Unicorns for coming on tour, the Banger Belles for helping with numbers, our coach Stefan, Matt for refereeing and joining in when he got a bit too excited. Also a big thank you to everyone who came down to support the team! 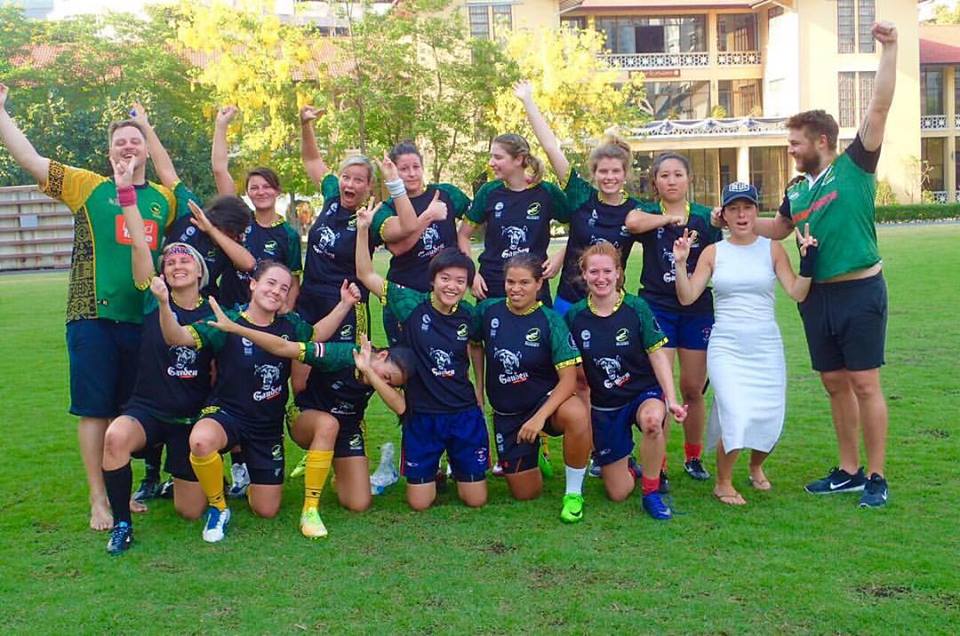