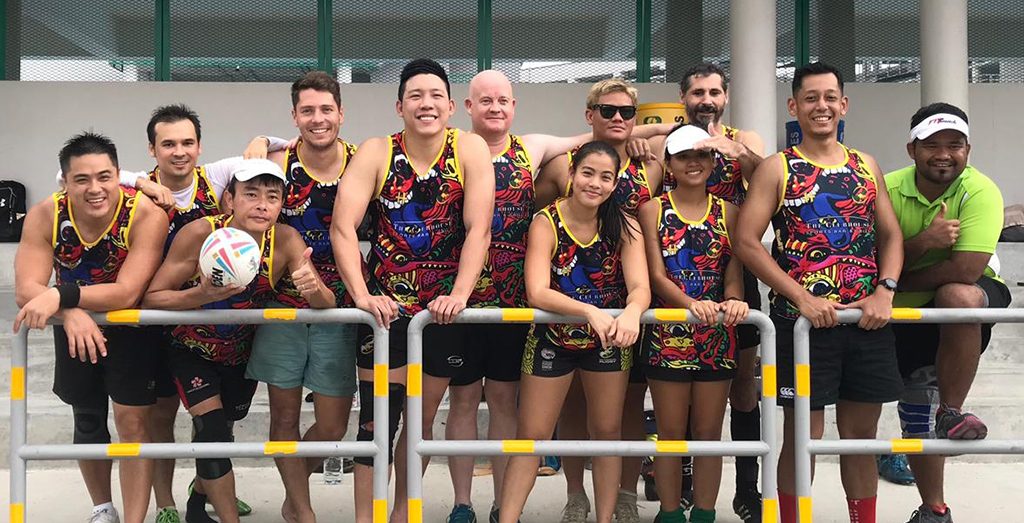 Since then, other teams have come and gone, but the Southerners have been a constant factor in the Bangkok Touch Rugby scene. Currently the Southerners are the only full-time Touch Rugby team in Bangkok (apart from international school teams). We run two Touch Rugby sessions a week, compete in regional tournaments such as Cambodia, Shanghai or Singapore, and organise our own competitions here in Bangkok.

The Southerners Touch Rugby section holds a special role within the club, as our team includes dedicated members, as well as players from the other sections: rugby, netball, cricket and social members. So it is no surprise that Touch Rugby is one of the best introductions to the club, and an excellent way to establish a social network in Bangkok!

Be sure to get in touch with our coordinator to confirm that sessions are going ahead.

Membership for the Touch section of the Southerners Sports Club costs THB 2,000 for the year (January – December). If you arrive after June and would like to join then the membership fee is THB 1,000 for the second half of the year. Once a member of the Touch Rugby section, you are automatically a member of the Southerner’s Sports Club, with access to the other sports sections and social events.