My bru it was lekkerrr! Please excuse grammar and speling, English is not my first language, AFRIKAANS is…

On Saturday the 2nd of March, the handsome Southerners left BKK for Pattaya. I believe we were the biggest group of pure talent that ever got on a bus together, some of us crawled onto it, but we made it. Unfortunately, I can’t say the same thing about our rookie Saffa Shaun, who accidentally didn’t hear his alarm. Anyway, off we went to Sin City with two full teams, namely Southerners Gold and Southerners Black (and they say Africans are racist). The weather for the weekend was forecast to be hot to VERY hot and so was the rugby. The tournament took place over the weekend of 2nd and 3rd May, and 16 rugby teams from all over Thailand and other  parts of the world descended on Pattaya to contest what has now been established as one of the principal 10 a side tournaments in the region.

The teams were divided into 4 groups and Saturday’s games were played in a round robin format to determine the ranking for the various knockout tournaments to be played on Sunday. In the perfect conditions hard and fast running rugby was the order of the day and most games went to form as expected. The quality of the rugby was of the highest level throughout and was a credit to all who played their part (especially Jimmy and myself, leading the cheer squad;) There were strong performances from all of the teams and many of the games were very close. ;)

The second game Southerners Black unfortunately lost against SamutPrakan 10 – 19, but quickly bounced back and won their third game against Old Bill Colts  12 – 5 which kept them in the running for the cup.

Southerners Gold won their second game against the Banger C*nts, sorry I mean Banger Colts 26 – 0, who yet again entered a tourney and went home with nothing more than broken hearts and broken jaws, thanks to Daterape who tried to impress everyone with his own version of the Mayweather/Pacquiao fight.

Gold went on to win their Third game against Hong Kong Scottish 35 – 0…I think, I can’t remember too much of the weekend (coz of the heat obviously)… So after a hot and hard day of rugby the Southerners Gold had a perfect record of 3-0 (no points conceded) and the Southerners Black a record of 2-1.

So, as everyone knows after a good game day comes a good fine session. A huge thank you to the four beer bitches ( Joe, Nigel, El and Roy) and of course to the two fine masters Bleasy and Matt Man who made sure that we didn’t dehydrate or stand empty handed. Matt Man also made sure that no one ended up with weird and disgusting viruses by using some sort of syringe to feed us all the vitamins we needed. Nigel was one of the saddest beer bitches I’ve ever seen whereas Roy and El didn’t even make it out! So great job Joe and thanks for the epic performance up on stage in the jailhouse.

After Saturday night’s shenanigans (sorry can’t go into details, it’s a family website) everyone was looking forward to a hot and heavy Sunday filled with great running rugby. Despite heavy heads and rumbly tummies Southerners Black managed to intimidate their opponents RPL Vikings to forefeit which sent them through to the Cup semis. In the other quarter final Southerners Gold was up against Pattaya Panthers. The boys took control of that game early and won convincingly 26 – 0. After the game everyone gathered around and watched the Big Fight of the Century, and most were disappointed that the best fighter won.

So, both Southerner teams made it through to the semis… GREAT effort guys. First semi final we saw Southerners Black vs. Vagabonds (who were defending champions) and despite a great effort from the boys the Vagabonds battled to victory 12-5.

In the other semi final Gold was up against SamutPrakan and won the game convincingly 34 – 0, setting a good foundation for the final match.

The main event… Cup Final…Southerner Gold vs. Vagabonds. It was a hard, fast, massive hitting and pure talented final. Vagabonds gave all they had but wasn’t enough to beat the ALL MIGHTY / HANDSOME Southerners. Final score 12 – 0. Jimmy and myself were nominated men of the match btw.

It was an amazing effort by both Black and Gold teams but extra credit needs to go to the Gold team for not conceding one point in the whole tournament. That is outstanding defense boys. Great Job! We would like to give a HUGE thank you to everyone who was involved, from every single player, to the wives and girlfriends who went with for the support and especially James Miley who organized almost everything. Great work Jimmy, I think everyone will say that is was a successful weekend. 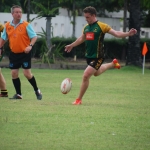 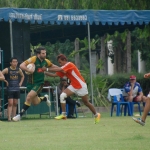 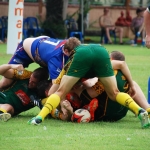 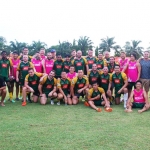 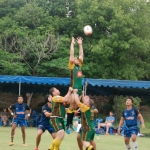 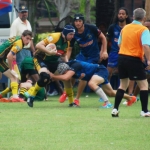 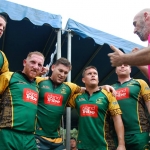 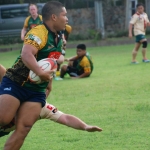 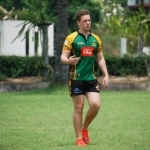 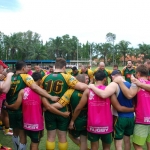 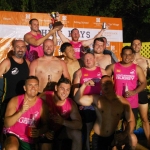 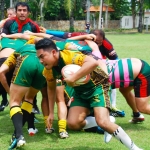 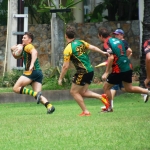 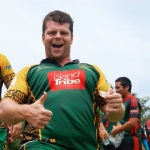 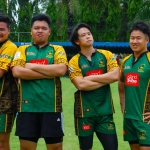 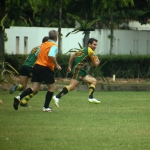 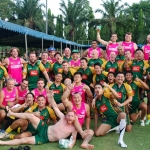