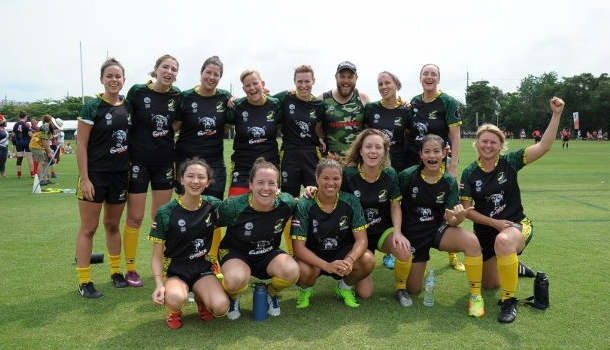 This was to be the first match most of us had ever played in, let alone the first tournament; in addition, this was the first ever Women’s Rugby Team that Southerners Sports Club has ever had – so the pressure was on!

The team had not been training together for long; in fact our team had a high percentage of people who, until VERY recently, had never even played rugby. However, we had an amazingly encouraging coach and great support from the rest of club. Nerves? Nah we were excited! This was the culmination of weekly Sunday afternoon training sessions for the past couple of months. Sacrifices had been made, and we were looking forward to finding out what this sport called rugby was all about. 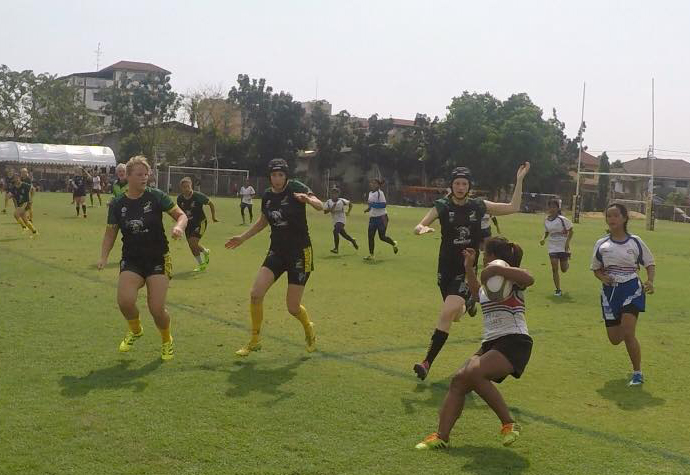 Our first two games against the Vientiane Lions and Kampuchea Balopp, Cambodia came with steep learning curves. Although we had size on our side, they were small and fast; they were really fast. Despite putting in some hard-hitting tackles, we left ourselves open for them to slip through on the wings. Also, due to a small error in judgment as to where the try line was – we were unable to score. The matches finished 0-15 and 0-5 respectively. 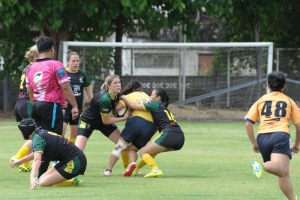 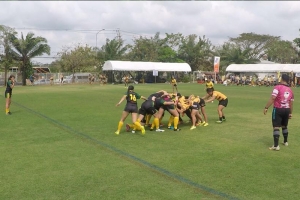 Our final match of day one against the Bangkok Banger Belles – our local derby match – was one we had been anticipating since we saw the tournament draw. As we were more evenly matched in size, this would be our most challenging fixture of the day. They had experience on their side but we had developed and improved drastically with each of our previous matches. We were ready! We worked much better as a team and Kait managed to break through and score Southerners Women’s first EVER try!! Which caused Southerners old and new to erupt into cheers, the women’s, men’s, vet’s and touch rugby were proud to see the girls make history against our clubs fiercest rivals. The girls kept the pressure on right until to the end but the Belles used their experience well to finish 5-15. 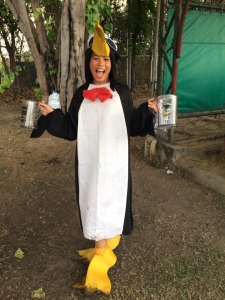 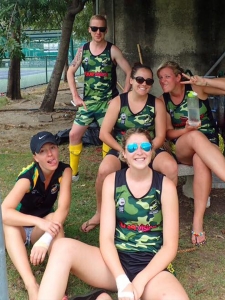 After the evening festivities, of which there were many, we had a further 2 matches on the second day; the Rahus from Phnom Penh and a rematch with Kampuchea Balopp, Cambodia. We were bruised, bloody and, some us were literally, broken (bones not hangovers) but we battled on. An unexpected game of 8’s threw us against the Rahus, which they won 15-5. Our last match of the tournament was our most interesting. Moira got a yellow card for having a polite conversation with the referee, but got her own back by outwitting the opposition on her return to the pitch and scoring a try! The match finished 5-12. 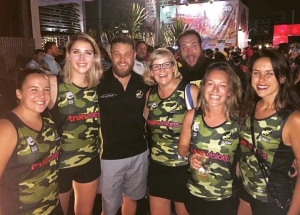 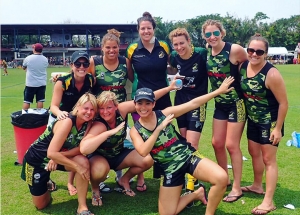 Overall, it was a huge learning experience for our team, which consisted almost entirely of ladies who have been playing rugby for less than 3 months. We learned a lot from all our games and our Coach identified areas for us to work on in training. We are already looking forward to our next tournament, but for now see you next year Bangkok 10s!