Before coming to Southerners rugby, Tim Evans was a scrawny Welsh farm boy in dire need of a pie and a protein shake. 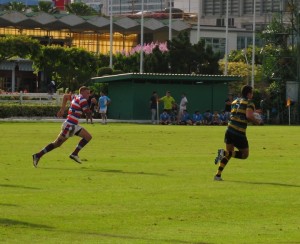 Ten months later, and he’s playing in the Amlin Challenge Cup for the Spanish-based Rugby Club La Vila, against some of European rugby’s biggest names in what is a feeder into the Heineken Cup.

“When he came to the Southerners earlier this year, we knew we had a roughie on our hands. He was tall, but lacked bulk – some would say he still does. He also came to us as a Welsh P.E. teacher, which is never a great indicator of intelligence. 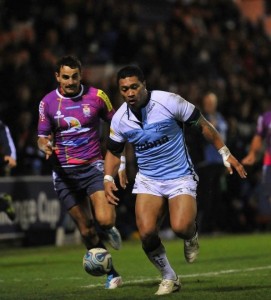 But then there was just something about him that made me think I could mold him into a rugby superstar,” said coach Zorba.

Skipper Steve Bell thought the same. “My first impressions? I thought he had hands like a retarded arctic seal. Strange bloke. Orange from all that fake tan – I thought he may have actually been on dialysis or something. But we were able to teach him a few tricks – like catch/pass – and he did alright.”

Other boys in the club had other questions: “Is Rugby Club La Vila a gay club? His moustache makes him look like one of the village people,” said Southerners first-five Brett Clarke. “I knew that cuzzie could play, just knew it, ay bro. But still, it was strange how often he rupped his shirt off on Khao San Road.”

Best of luck to the man the fellas affectionately call, “Tim”. Let’s hope he can manage a bit of time back in Bangkok between all those autograph signings.