One of the great Southerners girls and an oracle of premier Bangkok advice, you’ll probably find Dee in any one of three places: pinballing her way around the netball court, sipping cocktails with her nearest and dearest, or pampering herself to a beautied pulp somewhere in Bangkok or on the Southern beaches of Thailand. Dee is a club superwoman – heading up the Netball section and Club Vice President… 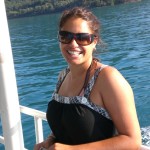 Nickname: Dee
Starsign: Cancer
Time in Thailand: 6 years
Job/industry: Art teacher at International School
Home town/city: The Mount, NZ
Sports played with the Southerners: Netball & Touch
Playing position(s): C / WA
Beverage of choice: Chilled Kiwi Sauvignon Blanc with the girls or mojito
Ultimate celebrity pash: Angelina Jolie .. or her other half ..what can I say!
Your personal vice/weaknesses: sexy heels, bread and leaving the bar .. even after many goodbyes!
A little-known talent you possess: Being super organized
If you were a crayon, what colour would you be: Turquoise
Favourite Bangkok bar: At the minute ..Tapas on Soi 11
A little known Bangkok secret: You CAN find good hot cross buns & Easter choccies in Bangkok.. took me four years to find and so worth it!
Your greatest Southerners moment: Making the Bangkok Netball League finals every year I’ve been with Southerners & establishing the Southerners SEA Netball invitational
Best place in Bangkok to have a cocktail: Breeze Bar @ State Tower
Your ultimate Thai holiday destination: Railey Beach, Krabi
You love: B52’s, The Haka, shoes, dining out, pampering options in BKK, the beach, Max clothing & tattoo’s
You don’t love: Smelly soi’s, the cartoon channel, superficial people, Bangkok taxi drivers & tequila
Sports teams you support: All Blacks, Waikato Chiefs and Silver Ferns
Advice to anyone new to Thailand/Bangkok: JOIN THE SOUTHERNERS .. it’s not what you know but WHO you know!
The All Blacks…have talent, mana, the HAKA and some fine looking players..winners to me!
I am the greatest…procrastinator
Lady Gaga is…Pokerfaced .. she’s hot yet out of her MIND!
I thought most people in Bangkok were relatively normal, until I met…Ron Rutland who in his day had a bad habit of smoking cigarettes through his toes..The Robin Hood has proof!
People say I look like…Jennifer Lopez .. seen this butt!?