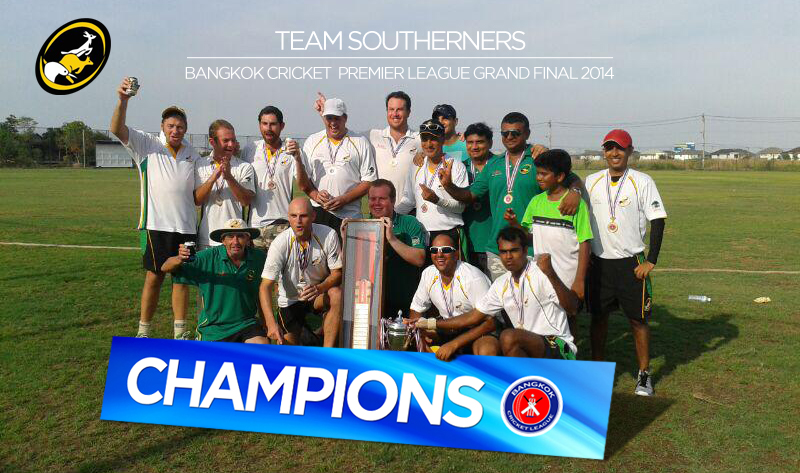 Southerners have won their first Premier Division flag in more than a decade after registering an upset win over Pakistan Sports Club in the grand final.

They entered the season decider in late April as rank underdogs, having been thrashed by PSC in the qualifying final when their opponents racked up an astonishing 6-321 from just 40 overs. But in the match that mattered most Southerners turned the tables on their bogey team in a big way, cantering to a five-wicket win to break their premiership drought.

The victory was set up by some disciplined bowling and remarkable fielding which saw Southerners skittle the powerful PSC batting lineup for just 113. Paceman Christian Sutton bowled with admirable accuracy to reap 3-23 from his seven overs, while off spinner Mohit (1-29 from eight overs) and medium pacer Gaurav Kukreja (1-6 from three overs) were also influential.

But the undoubted star in the field was all-rounder Chris Leech. The portly young Englishman opened the bowling with his left-arm swing and snared 2-21 from his six overs. However, arguably his greatest impact was through his fielding – Leech pouched three crucial catches in the outfield, including a skied ball on the boundary from PSC’s gun batsman who had caned 141 against Southerners in the qualifying final.

Southerners’ excellent fielding display was capped off by three fine takes by wicketkeeper Biju Viswanath and a one-handed screamer at slip by Andrew Purser, which was captured on camera and will surely become part of club folklore. Tasked with knocking off the small total, Southerners started well, with an opening partnership of about 30 runs between Leech and Anil Tanwani. But Pakistan got back into the game as Southerners lost four wickets in the space of about 35 runs.

All-rounders Chanaka Fernando and Ronan O’Connell came to the crease with Southerners still needing almost 50 to win. That pair batted patiently to quell PSC’s momentum before unfurling more expansive strokes once well set. Their partnership of about 40 helped secure Southerners the win. O’Connell finished on 24 not out, with Tanwani (27) and Fernando (14) also important contributors. Leech was named man-of-the-match after his stellar efforts during the Pakistan innings. 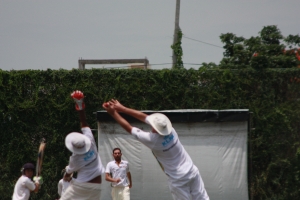 The side had made it to the grand final after tough matches against PSC in the qualifying final and Asian Institute of Technology in the semi-final.

In the qualifying final, PSC bated first and vaporised the Southerners attack, setting a massive total which was always out of reach. In reply, Southerners registered a commendable 235 thanks to good innings by Leech (57), Jamie Hurworth (52 not out) and Kincaid (34).

After that loss, Southerners had to play AIT for a spot in the grand final. In a heart-stopping encounter, Southerners triumphed by just one run. They batted first and made a solid 9-190 from their 40 overs, with Leech (60), Tanwani (38), Kincaid (36) and Viswanath (21) all amongst the runs.

Southerners then looked on target for a comfortable win after ripping through AIT’s top and middle order. But AIT’s number seven and nine batsmen made 48 and 60 respectively to bring them back into the match.

Kukreja took the final wicket for Southerners when AIT needed just two runs to win. He was sensational with the ball, collecting 3-31, ably supported by Sutton (4-25) and Leech (2-19).