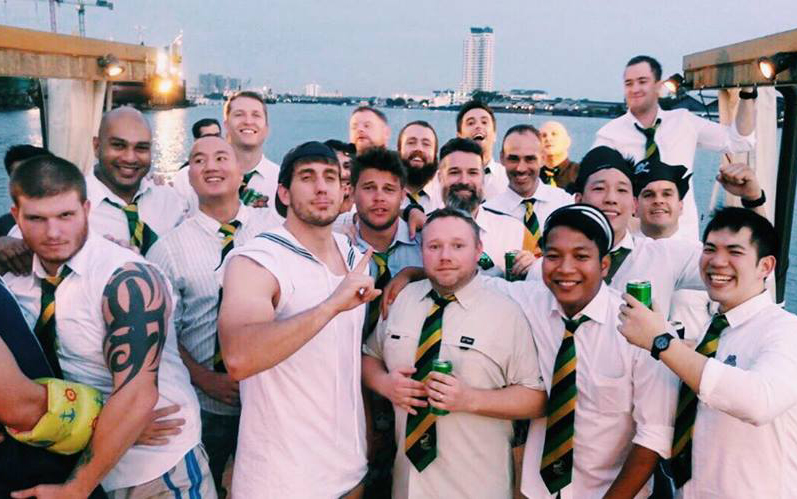 June brought with it the start of the rainy season in Bangkok as well as the event that is the Annual Southerners Rugby Boat Cruise. Preparation had been weeks in the making, as the cruise had not been held for a couple of years. Excitement was high as stories and pictures of legends past circulated online, gathering support for what is often one of the best nights of the year for the team. 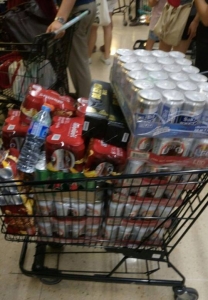 The day of the boat arrived, and people started to gather at the designated meeting point, dressed in the required outfit of board shorts, flip flops, white dress shirts and Southerners tie. First order of business: the purchasing of the beer. The shop assistants of the supermarket were quite shocked to find out exactly how much alcohol we wanted to buy, but were still obliging in their cause. The people waiting in line with us at the checkout were slightly more forward in their judging, but the boys were not worried about such things. 10k worth of alcohol quickly made its way out of the store and down to the pier.

After a quick roll call and signal to the boat, the cruise began in earnest. Beers were loaded in ice boxes, food was distributed, and the cruise began in full swing. After some deliberation from the Captains, it was decided that the Beer bitch duties were given to the pairing of Brad “Pour honey on my chest” Ross and Scott “Curtains” Oltman as they were leaving Thailand. They would be the lucky people to don the sailor outfits for the night and to keep the boys suitably hydrated through the cruise, or use Tinder as it turned out. 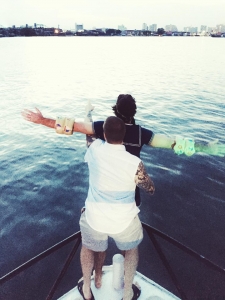 Drink was had, food was eaten, and with the banning of Disney songs after the tour in Pattaya, music was enjoyed. The next part of the night involved Will “Bro, I lift” Evans leading a polite and friendly boat race of forwards vs. backs. Of course, well spirited epithets were said, and the spirit of the game adhered to. What actually happened is that the backs found out once again that when it comes to teamwork, skill, ability and overall greatness, they were no match for the forwards. Even in the rematch. Better luck next time backs!

Following this came the moment for court, led by departed captain Paul “Future Bogan” Stredder, leading the team through fines of numerous reasons, helping us all get thorough the beers quite quickly. Things got messy for certain members of the team at this point, with extra fines thrown on top for displaying such weakness. This event soon brought the cruise to a close as we safely disembarked and headed down to Khao Sarn road. After a major naval wardrobe malfunction was sorted out, the team was soon on their way to the backpacker district of Bangkok, ready to see what could happen next. 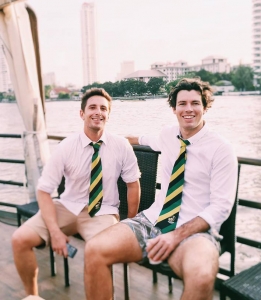 What actually happened next was a game of ‘open the beer can’, which depending on how you look at it, team manager Darrel “Welsh Bilzerian” Lintott won or lost. The head injury was thankfully to an unimportant part of the body, so after a quick dose of medicinal alcohol to clean the affected area, we were ready to go on our way again. Catching up with people unlucky enough to not make the cruise, the team spread out into the depths of Khao Sarn, leaving a trail or destruction in its wake. At this point in the night, people started to disperse, as they were too weak, had met a wonderful lady(-ish) or spent a couple hours sleeping it off down-town.

This brought an end to an epic night, one where the team comes together to celebrate and to enjoy the brotherhood that is rugby. With it all done for this year, the team is now set on the upcoming Thai Rugby Union 15s competition, and the rest of the year’s rugby. But the boat will always be there for the next year, and in the words of the departing captain, ‘It is the night where legends are made and stories will never die!’