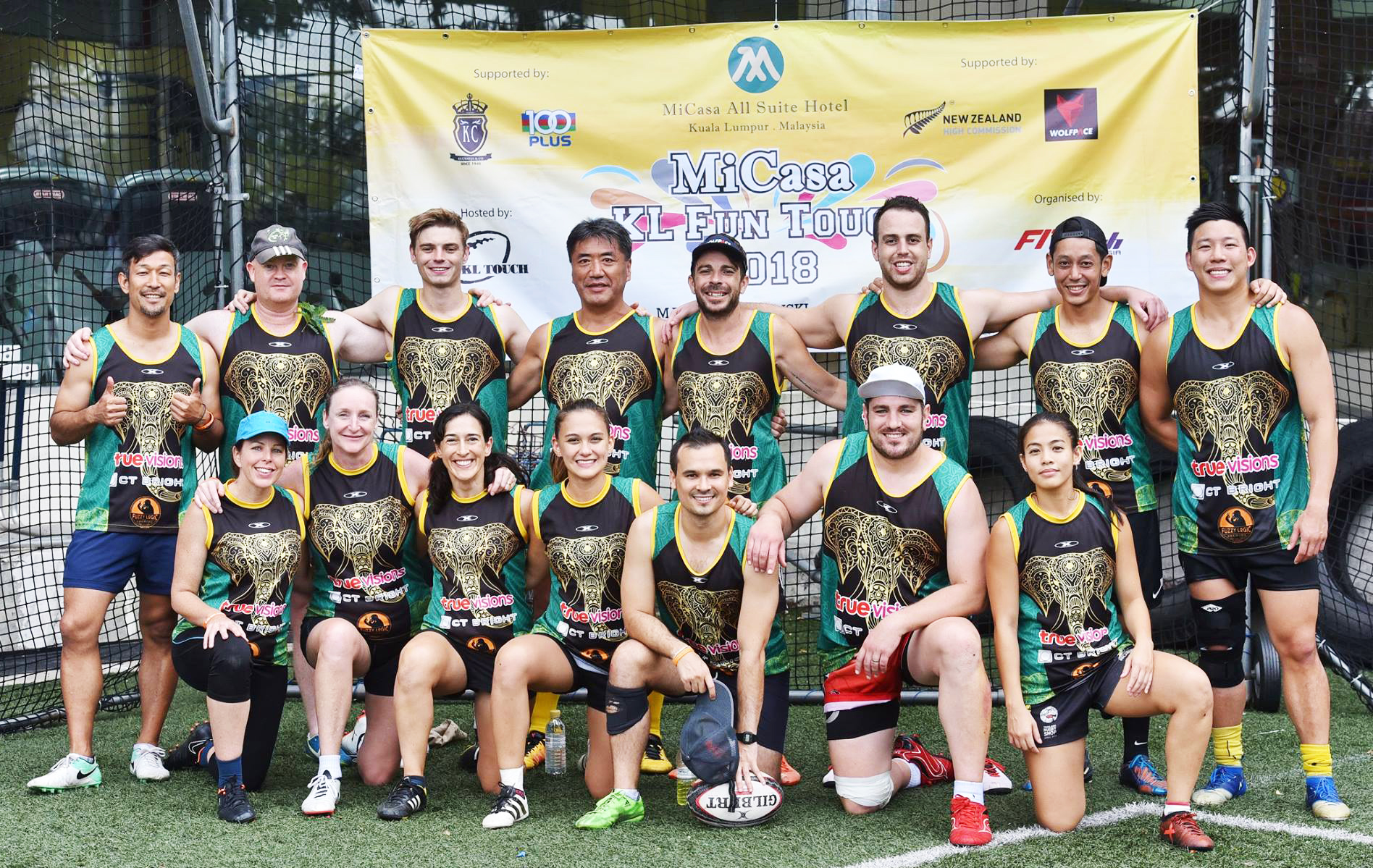 As per protocol, the biggest loser was nominated to write the Southerners Touch KL Tour Report.

We arrived in KL on Friday evening relieved that Brian and Geoff, having already arrived, had hatched a flawless plan of beers and burgers at Healy Macs. A plan only scuppered by there being three Healy Macs in KL, in entirely different locations. Despite lack of WIFI, lack of taxis and an aggressively over-friendly local community, against all odds, Pinto and I made it to the right Healy Macs only to find that they had already left, clearly tipped off by an inexplicable sense of impending doom. Sasha, James and Calum saved the evening at a bar that turned out to be around the corner, where we discovered the teams’ penchant for dirty vodka martinis.

The big day dawned, and we arrived at the venue, calm and collected, with a not so quietly optimistic Calum wishing he’d kept his bag zipped. We were offered attractive ‘Old is Gold’ orange wrist bands to identify the over 35s, with some confidently asking for extras for being over 45. Sadly, and no one’s quite sure how this happened, the tournament organisers had previously decided that the competition would be touch rugby, rather than the Pinto-patented ‘Pass the ball whilst throwing another ball in the air and catching it’, which we definitely would have won, especially with Jame’s steep learning curve. 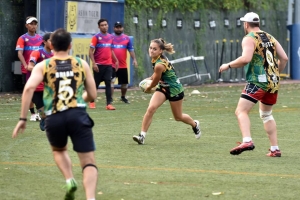 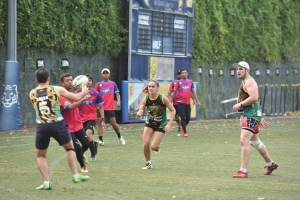 We did win our first game against the aptly named Cheesywolves, by one point. We enjoyed the one-point victory so much that we followed suit in the following three matches. Whilst the mixed element had been officially dropped, to our credit we stubbornly played a mixed team, with fantastic performances from the girls – Sasha, Val, One, Sara and Linda. Also, special mention for Knotie for scoring an intercept try despite being injured. Lightning stopped play for twenty minutes twice, but nothing could dampen our spirits or our appetite for ridiculous games. 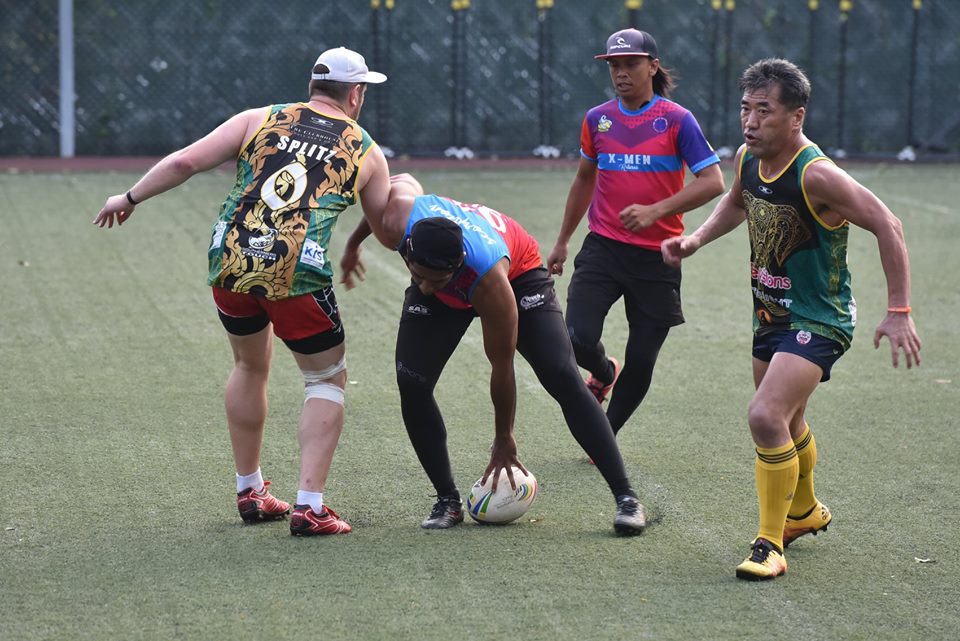 A draw in the other semi-final meant that the winner was decided by water-balloon. So, in a cruel twist of fate, rather than meeting the Cheesywolves in the final (who we had previously beaten) we met the X-men Scorpions. Finally, the combination of super-mutant powers combined with toxic-venomous tails was too much for us and we finished as the tournament runners-up. Try of the day was a breathtaking switch between Tetsu and Brian, which surprised even them. 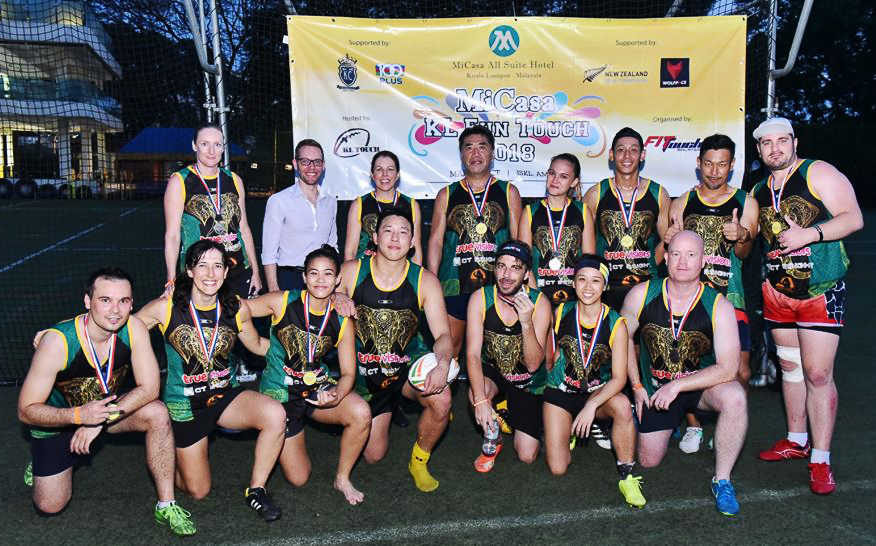 Then followed chaos, people lost track of their shoes (possibly just me), only to stumble on Pinto singing on stage in the bar, clearly necessitating a shoe less dance accompaniment…. We hit the town, Sasha became Kitah’s daughter, we lifted each other up and there was murder on the dance floor. The night ended badly with a break-in at Sasha and James Air B&B, thankfully no one was there, but sadly, what went on tour stayed on tour.

Great effort Kitah and Tetsu for getting to KL/Japanese rugby training the following morning. Miraculously I made it to Patana with my daughter at 9:00 AM to coach the Lions.

Hands down the best tour I’ve been on in over 15 years. Massive thank you to the organisers and everyone who was there. 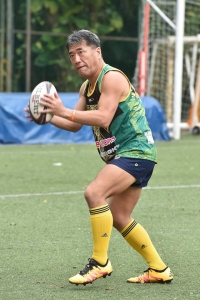 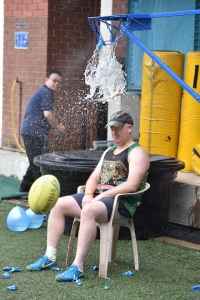 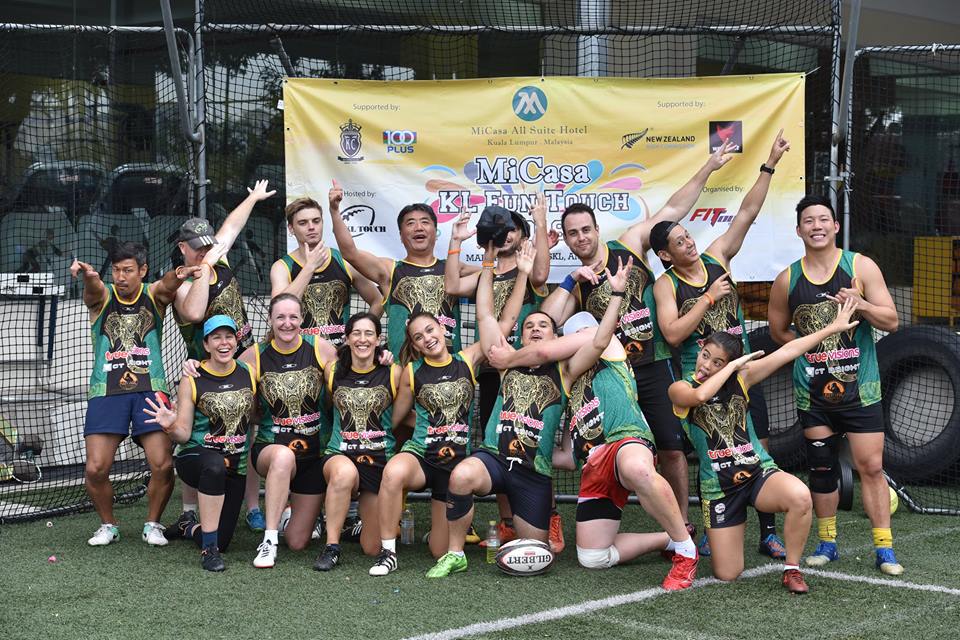