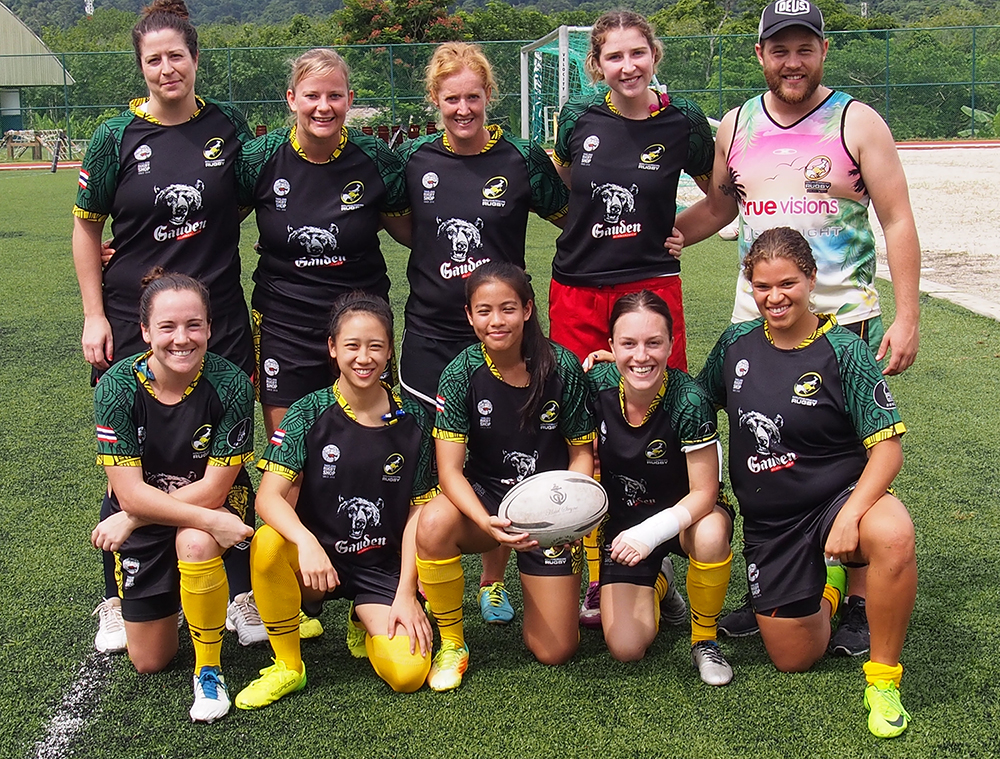 It would appear that the Southerners Women don’t like waiting or taking their time, they like to do things full throttle. So just a few weeks after their first international tour to Vientiane, they hopped on over to ‘sunny’ Phuket for a tour of the local variety. As usual, Keri (and this time Brianne) arrived early – their excuse was to scout out the competition, but we all know the truth!

We were low on numbers due to a few of our team still struggling through ‘exam stress’ and because of a few last minute injuries (when I say last minute I really mean it – final practice the night before we leave and Nathalie breaks her leg!) but as usual we were determined to power through and show Phuket what we could do. 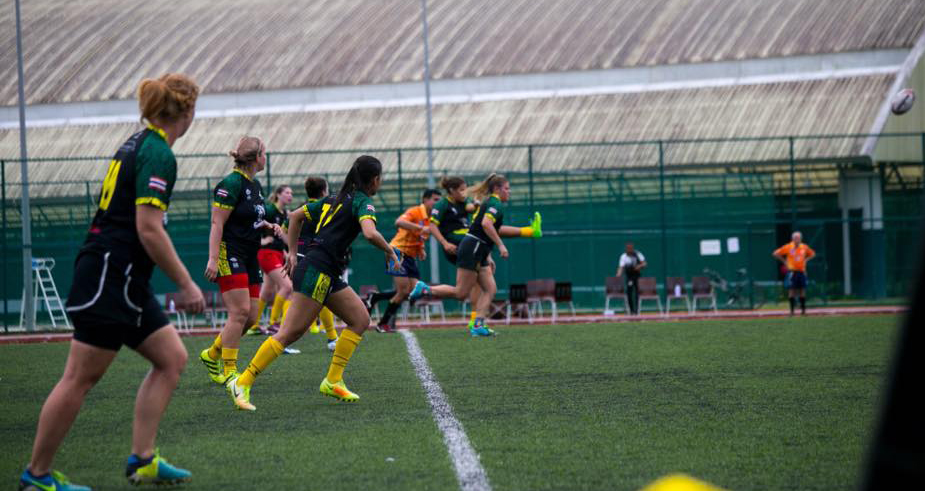 Our first match was against the well established Singapore Bucks, who had experience and numbers on their side, but we had prepared and were ready. They kicked off, straight into the hands of Caitlin and we were off. Despite losing possession in a few rucks, we held our own to finish the half without a score. The second half remained tight, our defensive line was solid, we were tackling well and had some help in the form of Kirsty who didn’t have a team and Heather who needed a warm up game after missing her own due to a delayed flight. However, the Bucks used their set play to break through on the wing to score. After a missed conversion the game finished 0-5.

Our second match was against Bangkok Belles – the derby match had come around again. Again our defense was solid and we managed to frustrate the Belles into giving away some high tackles. After a good (albeit sideways) run by Chantel and some quick hands from Brianne, Kirsty was able to make a break down the wing. Unfortunately she was brought down just shy of the try line. As play resumed, a quickly taken penalty allowed Belles to break through our line to score, the game ended in another 0-5 gut wrenching loss. 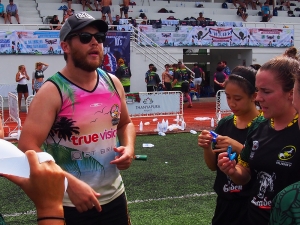 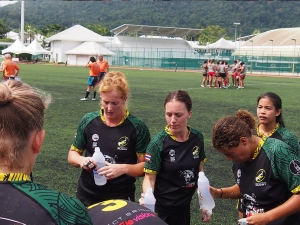 We knew we would have to play both teams again later in the day and with energy dwindling we wondered just how we were going to get through it. Then the rain started. It was torrential and blinding but it also cleared the air and made it a much more pleasant temperature. 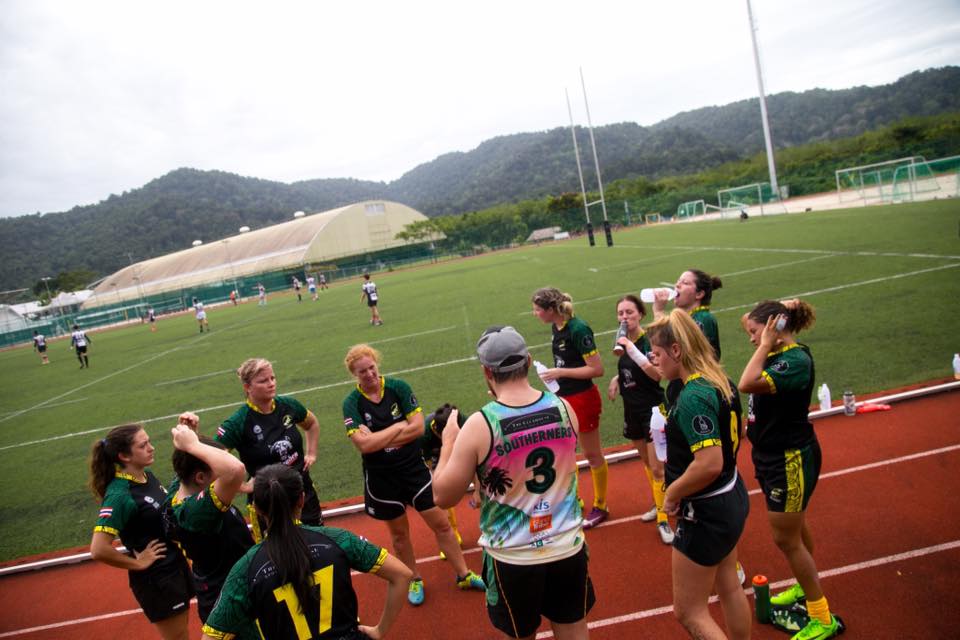 Our second match against the Bucks was vastly different from the first. They were even more organised, kept possession well and were clinical from their set plays. They made less errors and we were starved of possession, we all know, “you can’t score if you don’t have the ball”. Keri must have been taking tips from the Belles as after two high tackles in quick succession she was shown a yellow card. With Keri on the naughty chair, it was difficult to defend the extra player and the Bucks quick hands were able to break through our lines. The match finished 0-27.

Our final match was to be the decider and it was against the Bangkok Belles again and we knew our defense had to improve. We were fired up after the high tackles in the previous game and we had learnt from our matches through out the day. Despite some good breaks and quick hands from Val, One and Gemma on the wings, along with some great play by our Kiwi guest Mel, we were unable to break the Belles line with the match finishing in a 0-0 draw. 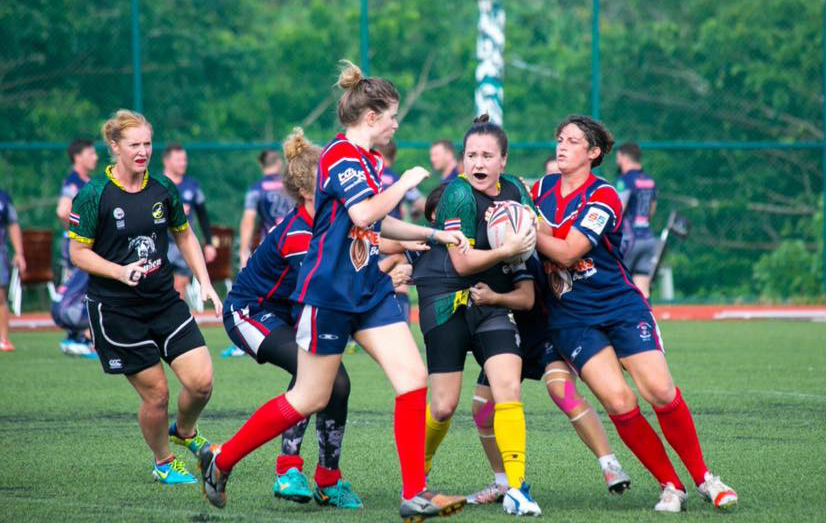 Special thanks must go to our Coach, Stefan for actually joining us on this tour and putting up with 11 women! Also big thanks to Kirsty G, Melanie T, Heather T, Coco L and all our other guest players. We hope to see you all again soon! 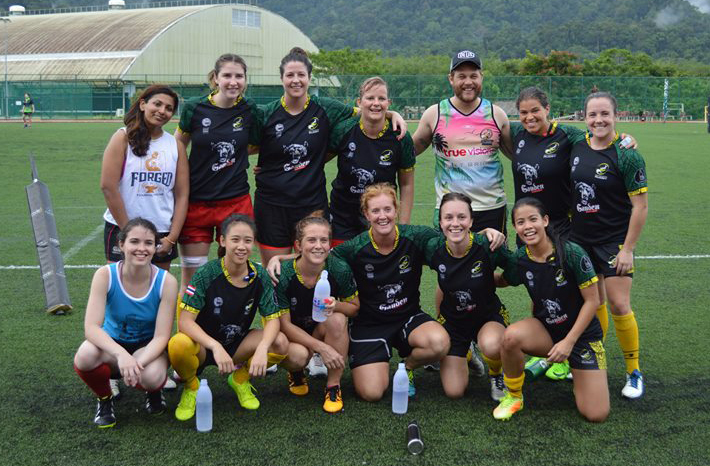