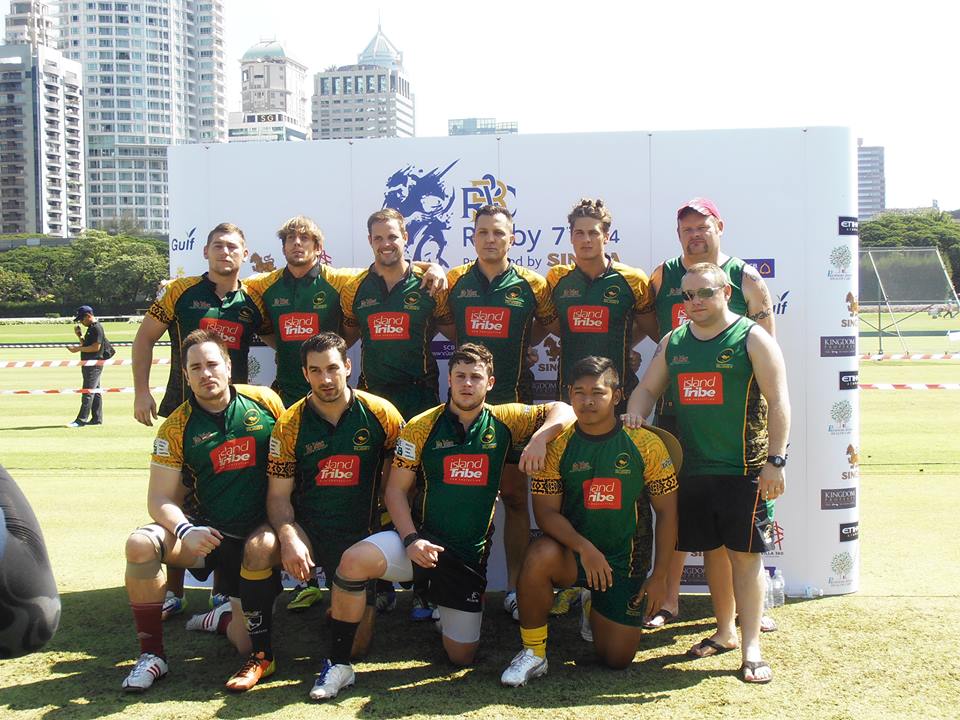 The magnificent setting of RBSC saw another feast of running rugby; a well-attended tournament saw The Southerners drawn against the Navy and Laos and Thai Barbarians in their group games. A technically strong Southerners side looked to play possession rugby to counter-act the pace of the opposition.

The warm up demonstrated that a number of players were a little dehydrated and what should have been a formality in the first game against the Navy was made more difficult by the lack of two halves. The resulting confusion and with the Southerners trailing by 2 led to a narrow defeat against a side that should have been comfortably beaten.

A more competent showing in the second game showed the running ability of a number of players, Matthew Waugh made his usual unpredictable breaks, Julien Domeneche was solid in the centre and Joe Peotto covered a great deal of ground. In open play, Jake Eydemann demonstrated pace and creativity.

A win against Laos still put the Southerners into a plate semi against a Malaysian visiting side. The semi was an enthralling game with the lead changing hands a number of times. The turning point, however, came after a bit of quick thinking at a penalty resulted in a try from Matty Waugh that should have won the match. Unfortunately, the touch judge reversed the decision, and the opposition took advantage to score.

All in all a good run out with a disappointing result. As is often the case in 7s, pace was the difference and the physicality that helps in 10s and 15s was unable to overcome a number of sides with players better suited to the 7s game.