The day started bright and early for those leaving Bangkok at 7:00 AM, but for others – *cough* Raph, Eddie, Brian and Ross – the party had started much earlier the previous day…

What a great experience to enter the tournament in a team with a 48 year age range from the youngest to the oldest player. Obviously the Southerners cleverly aimed for both youth and experience in the team, which paid off in our first match against the French team, with the Southerners comfortably winning 10-3.

Proving what a pansy he really is, early in the day Ben began an enthralling conversation/argument about the colour shirts our opponents were wearing. To most it was purple, to others it was grey, but to Ben it was mauve. We managed to comfortably win against this “mauve” team, but unfortunately lost narrowly in our next match against the Shining Rahuus, 5-3. Raph and Eddie finally decided to make an appearance at noon. The sight of hungover Eddie running onto the pitch with a brilliant assist was unforgettable. The next game against another Cambodian team was also a success, winning 6-0, followed by a 4-1 win in the next game played back to back. There was some impressive running from the “surprisingly fast and agile” Welsh Hooker “Fitsy” in this game, followed by the quickest ever sub request (although it was well-earned).

A bout of friendly rivalry quickly began to spice up the team atmosphere when Ben started fearing the idea of a 17 year old girl scoring more tries than him. The next game allowed Rich to also catch up to Flo and Ben’s 5 try tally and then the competition was really on.

These 4 wins led us to the semi-finals against the Hong Kong team. Moments into the match, Kelly gracefully and humbly celebrated after her should-have-been try that was not awarded. despite this unfair call the Southerners were once again victorious and won 5-1, bringing us to the final.

“Go-go-gadget-arms Rich” displayed some impressive defensive work (seriously, ridiculously long arms!) with great leadership from Captain Pete led us to the final. Ben did his best to get Flo to leave to the airport early at this point so that he could beat her try tally, but that was clearly not going to happen. The final was intense against the Shining Rahuus, which were the only team we had lost to all day. Moments before the final began, Linda shared her fortune telling skills with us by informing us that she was going to score the tournament winning try, which she did and  the Southerners took home the trophy!

Mandatory winner’s beers on the pitch were had straight after the final whistle of the day, before the team bus took everyone back to the hotel for a swimmingly good fine session in the pool.

After many fines and very strong vodka (which made the jäger taste good!) the team headed out to celebrate and collect our trophy.

The canapes at the Sun and Moon bar were delicious, although disappointingly small after a day of rugby. Luckily for the Southerners, Ross and Brian were on hand to grab the food as it passed by the team table. Captain Pete collected the trophy and a large quantity of beer was consumed from this vessel before heading out into Phnom Penh.

More beer and food followed at an Irish bar and Jim decided that it was far too hot to wear a shirt. Despite being asked several times to put it back on Jim was adamant that it was his American right to “bear arms” (thanks for that one Pete) and wandered off never to be seen again (how he made his early morning flight the next day we will never know).

The Scottish and the Welsh were the last Southerners standing and following a narrow escape from a gentleman who looked and sounded suspiciously like fat bastard from Austin powers, the final stragglers made it back safely to the hotel.

By Florence Lacrosse and Kelly Mordecai 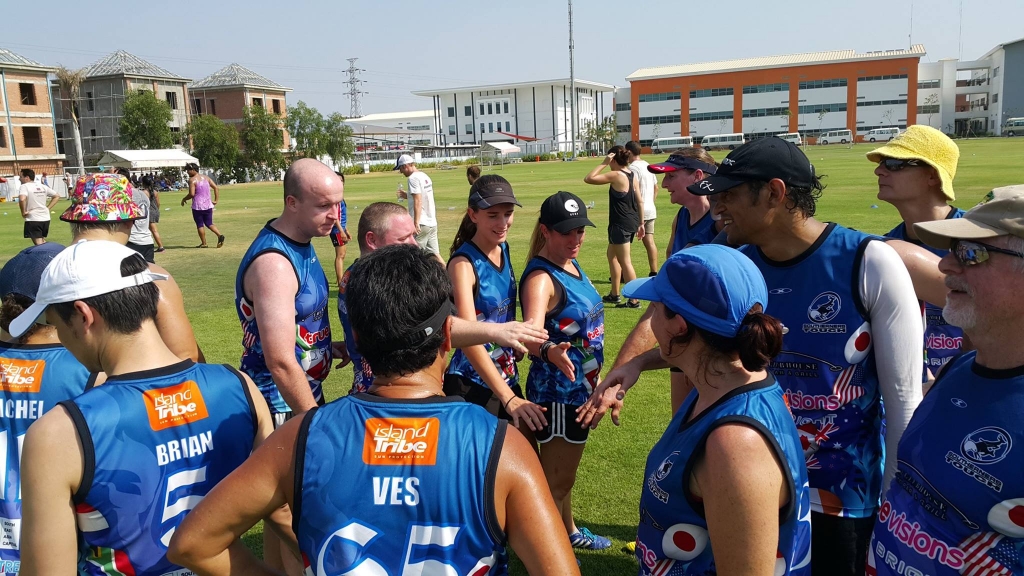 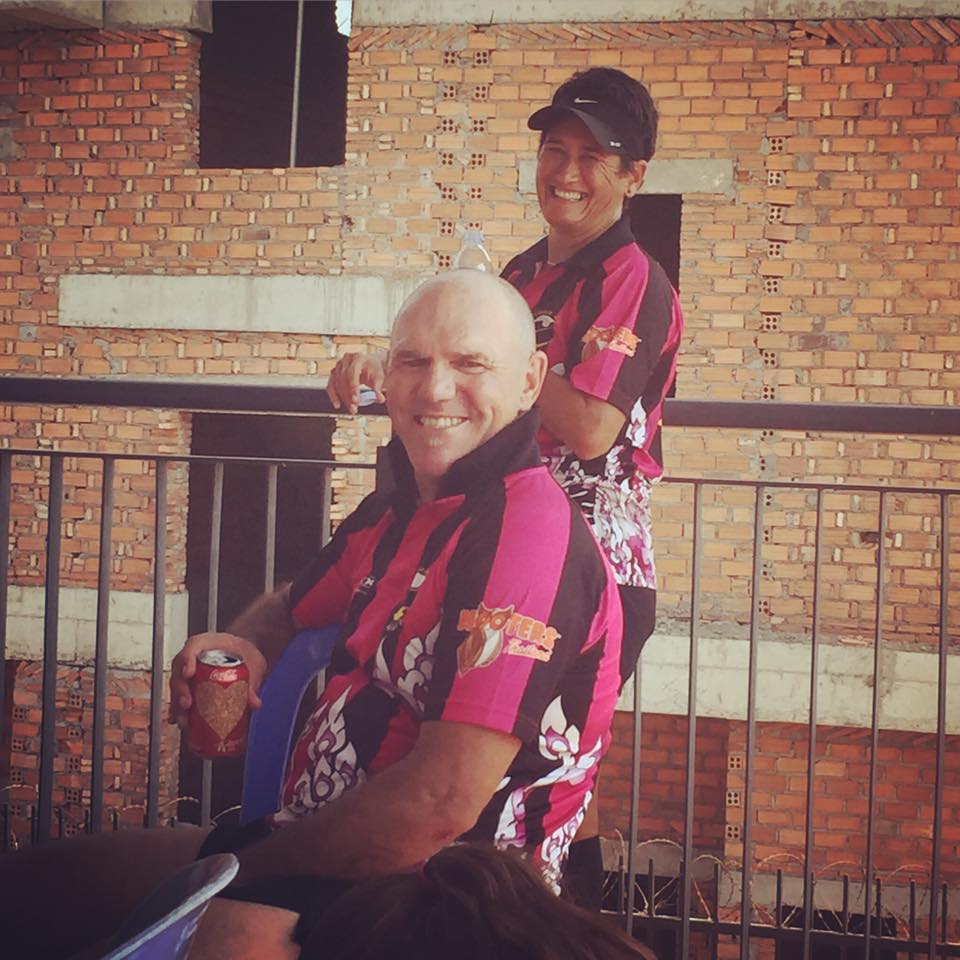 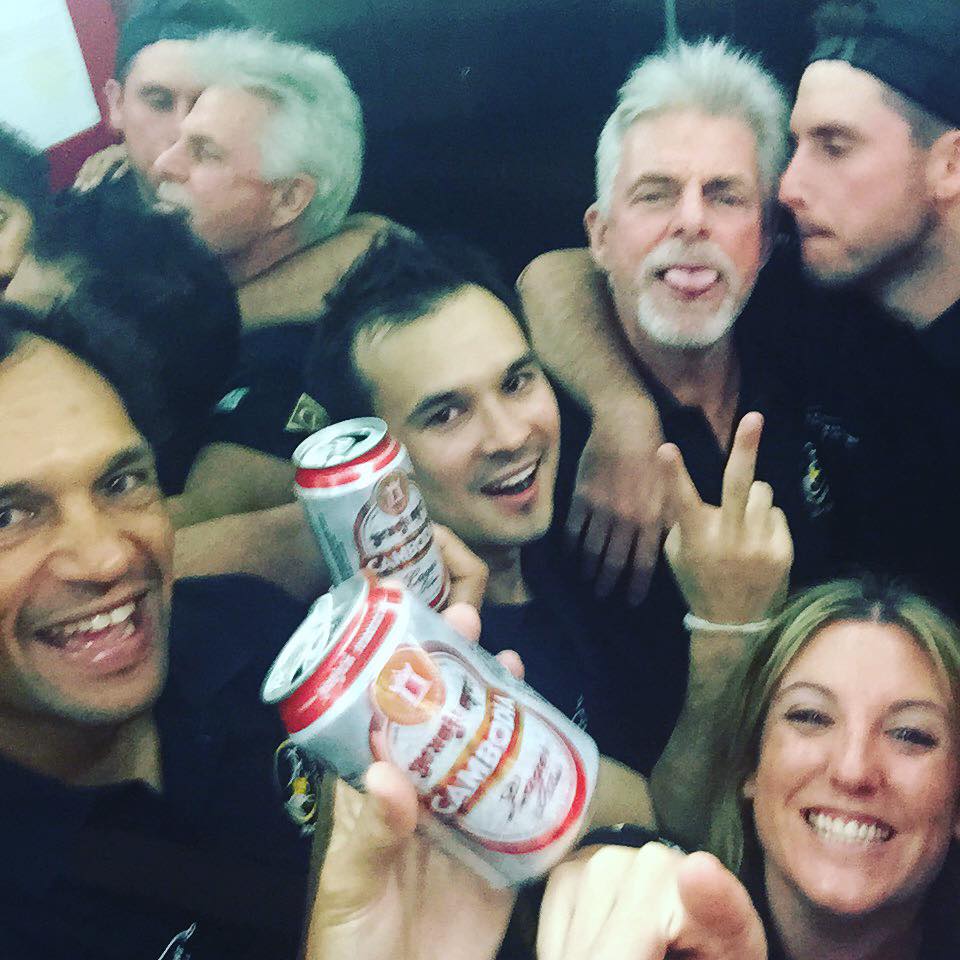 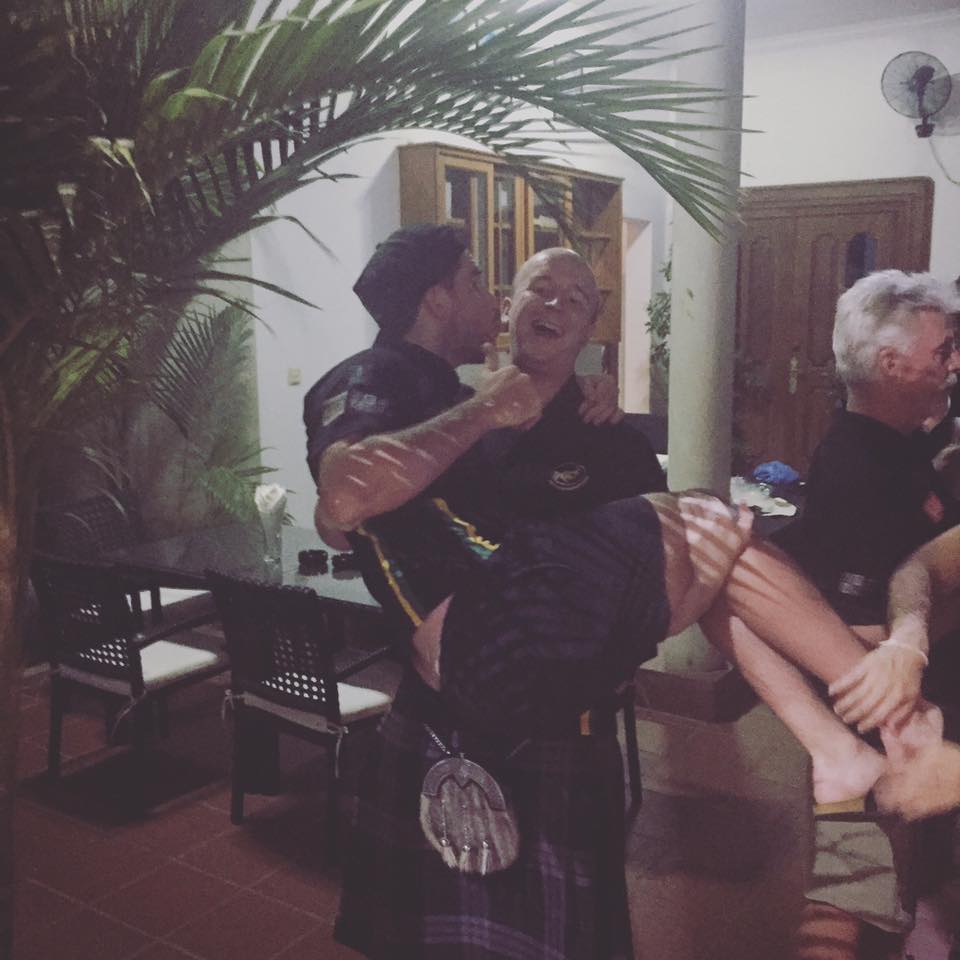