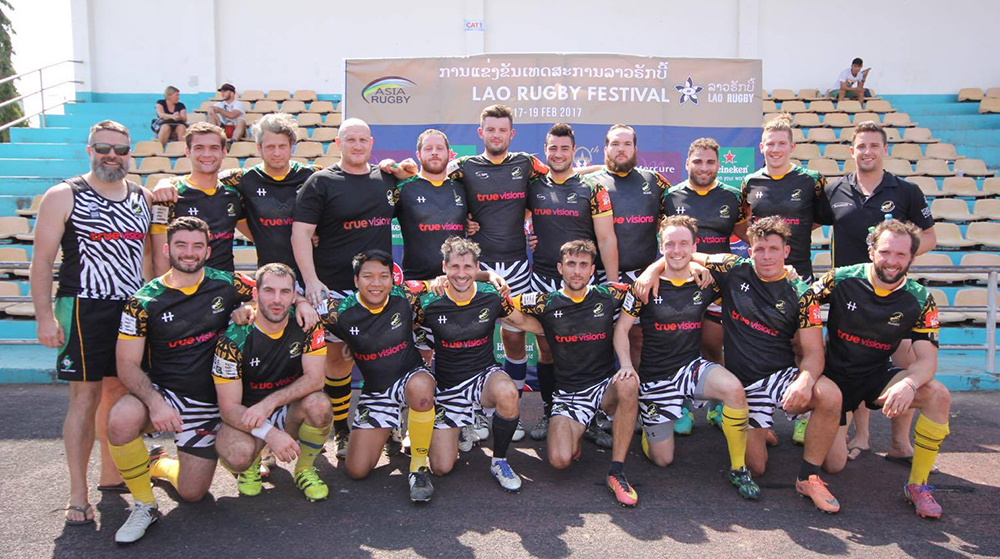 The Bangkok Southerners Men’s Rugby team returned to Vientiane, Laos, for another eagerly anticipated tournament. Bolstered by the cream of Midwest Rugby (many of whom had never left the US) and a random Aussie all led by American Joe on his annual winter break. A relatively strong side arrived in its usual dribs and drabs to our Marxists Leninist neighbours late Friday night. With games kicking off at 8:30 AM on the Saturday, we thanked the rugby gods that our first match was at 10:00 AM. This gave those who had flown in the night before time to sleep off the local craft brew and guaranteed the timely arrival of our more adventurous teammates, who were braving the early morning border (zebra) crossing. 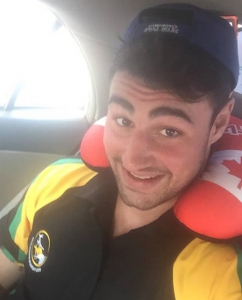 With a large touring US contingent, the team was able to put out a strong side throughout. This gave some of the older players the opportunity for rest and recuperation as well as the opportunity to support grass roots rugby by playing for some of the younger Thai sides. The tournament had a strong development feel about it with local women’s and kid’s competitions throughout the weekend. This was also emphasized by the inclusion of an Asian International Women’s Rugby Sevens 7s tournament which saw teams such as Pakistan, South Korea and India as well as the hosts Laos compete. These games also made for a long leisurely tournament as there was only one pitch. 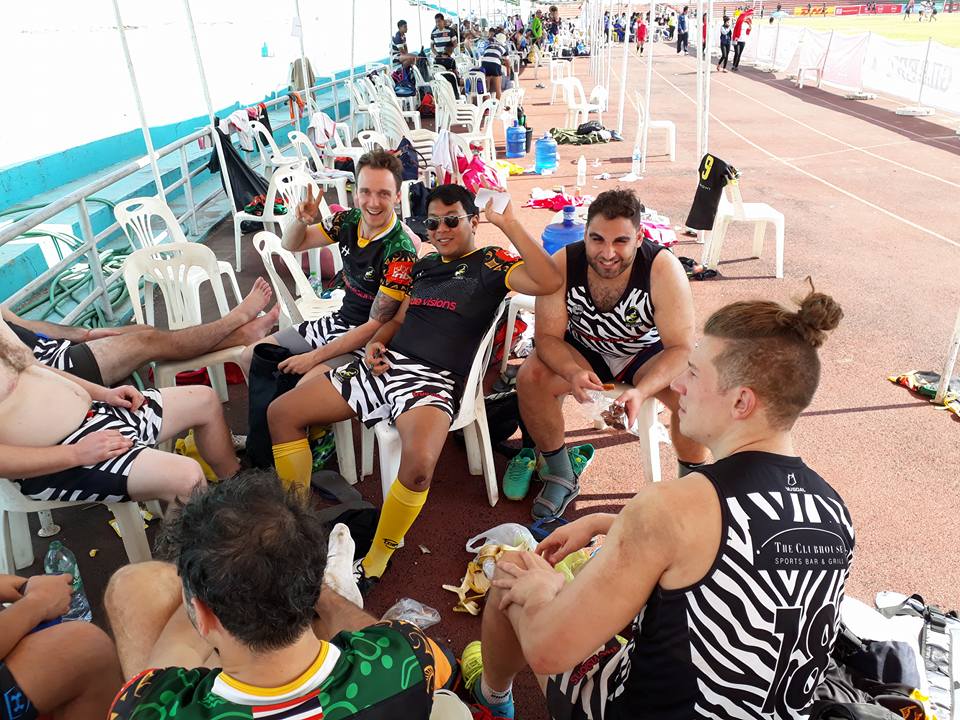 Our first game was against the Brigalow Bushwackers, a touring side with two teams from Australia. Frequent visitors, they were a strong side with many direct runners more familiar with Rugby League rather than Union. Unfortunately they proved too strong for a Southerner’s team which had met briefly at Thursday training and went down 2 tries to 1 in a narrow defeat. We also discovered that the men’s tournament format was slightly different, going into what we thought was the halftime break after a great breakaway try (Cheers to Adam for his first try for Southerners) and the momentum shifting. We found out that the men’s games were played in one long half with no breaks, though we were gutted by the early setback it certainly helped the team come together as we knew we had to step it up.

The next game was against long time local rivals, the Royal Thai Navy. It was a bruising match but the Southerners men were at their best muscling up when needed especially in scrums. We managed to come out on top against a tough, organised Navy team. Josh (Southern Cross Tattoo) Holman played well at scrum-half and Badih (Touch my Badih) Delati, our Lebanese American refugee was a wrecking ball in the front row. Our French playmakers Luc & Louis ensured that the coaches expansive game plan was implemented on the pitch by dovetailing like fine wine & cheese. The day was finished with a very convincing win against the local Black Hawks, who were a young side out of Laos. We got off to a great start going three tries up which enabled us to rotate our squad, we pulled away with a few more tries before the end of the match. 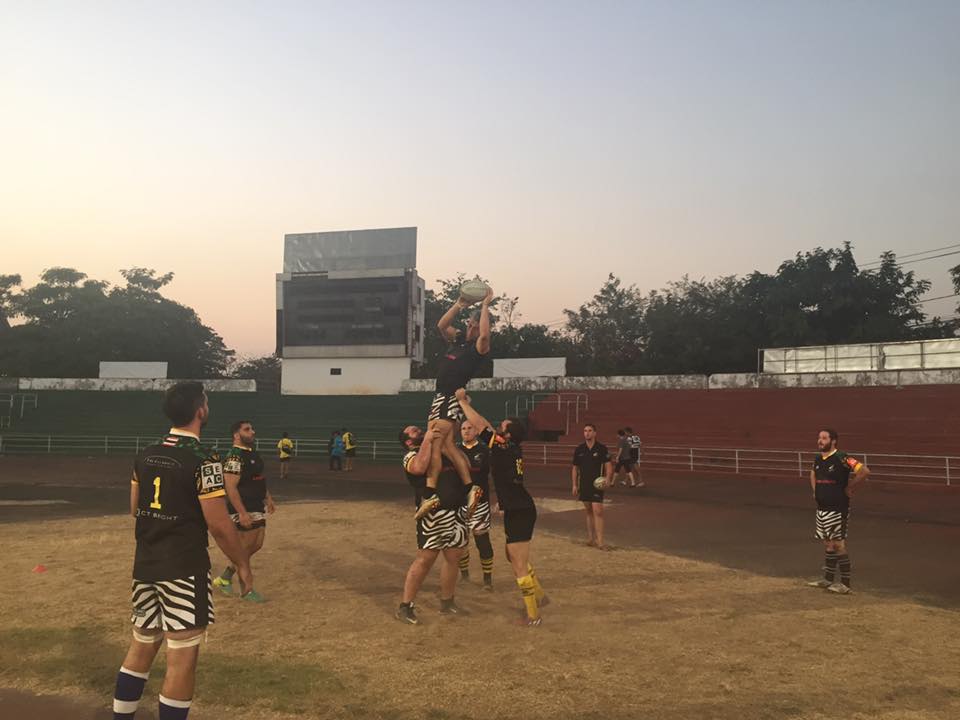 Our last match was against the local expat team the Vientiane Buffalos. Their coach had earlier visited for a chat and asked for leniency as some of their players couldn’t wait for the post-match re-hydration. At 5:30 PM it had already starting to grow dark and the field was quite dusty after the day’s games. Right out of the gate the Buffalos blitzed us and came away with a first minute try. Those new to the team may have expected the Buffalos to roll over but any game between close neighbours is always a fiercely contested affair. After shaking off the dust and switching on, we came back with a victory after the shaky start which set us up well for the following day.

As is tradition, a cool down session was held in the hotel pool and players were rewarded for their contributions on and off the pitch in a variety of liquid forms. The youngest players were rewarded with a suitable outfit, the minimalist version of this was chosen by our own resident Bostonian. The (red) hats were worn with fear and loathing by some of our younger American visitors and were indeed popular talking points with the locals and travellers that we met as we carried out our important cultural attache roles that evening. We ensured our new US players understood the importance of blending in seamlessly with the local culture. 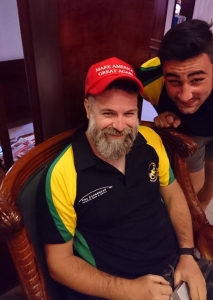 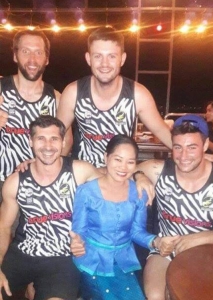 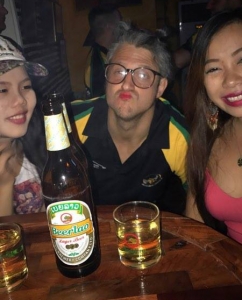 Nursing appropriate hangovers the following day, the team found itself facing the Wild Hogs, a local side made up of players from the Laos national team. This knockout game remained scoreless until a period of golden point extra time where the Southerners managed to score via our (ahem) French captain Luc. The cup semi final against the eventual winners the Brigalow Bushwackers ended in disappointment with the same narrow loss as in the group stage. But credit to the boys who never stopped trying and bowed out gracefully. Many of the squad, especially our overseas touring players were already looking ahead to next year’s tournament having had their first taste of rugby touring in Asia.

Thanks of course goes to all our US based players (and one Aussie) who helped make for a great weekend, I am sure the heat and humidity made a nice change from their Midwest winter (or outback summer). Of course the weekend would not have been possible with the work of Darrel and El who ensured that the usual bunch of reprobates and athletes made it to another great touring weekend. See you next year! 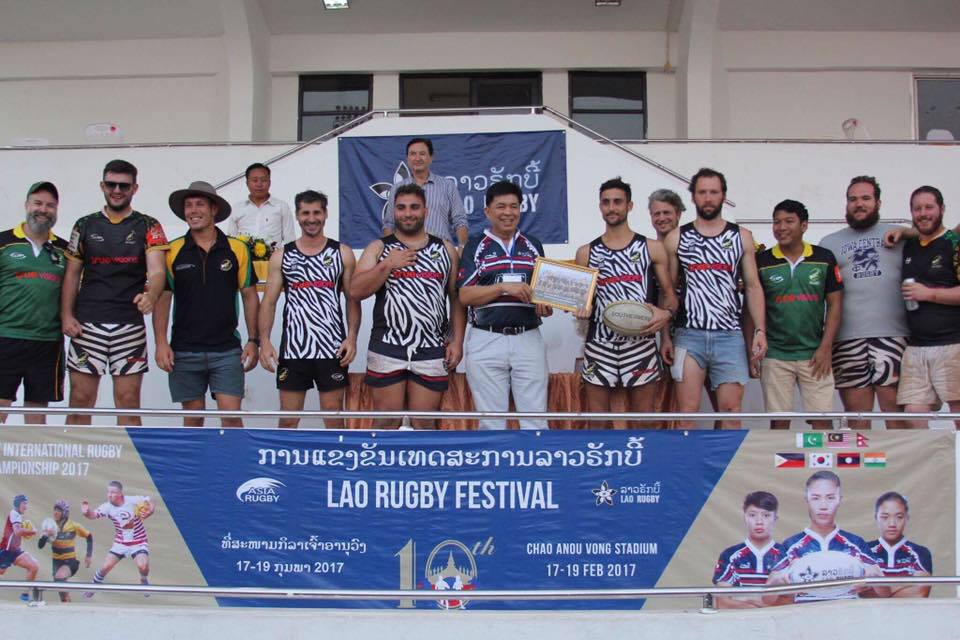