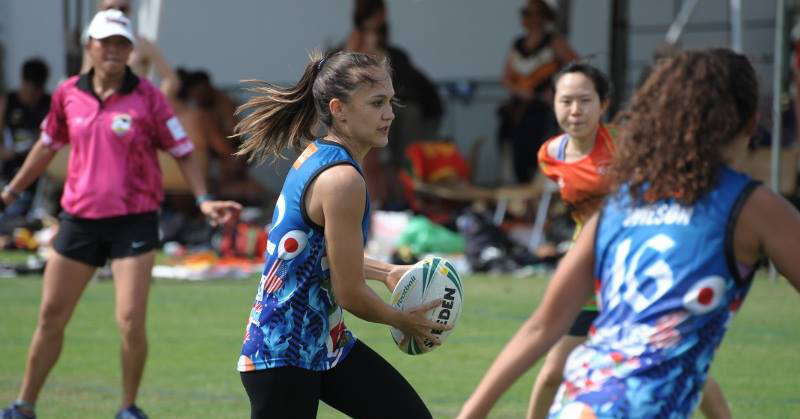 Playing in the most competitive (and only) pool, the Southerners faced strong opposition from Bangkok Patana in their first game, but we managed to come away with a 4-4 draw. The next two games were against two teams from Myanmar, Insein Stray Dogs and the Yangon Dragons. Both teams tested our strength, and it took us a long time to score against the Dragons, but we managed to come away with two wins (4-0 and 4-1), thanks to great teamwork and awesome play by our playmaker and multiple try scorer Sasha.
The pool results placed us in joint first place, together with Bangkok Patana who had also won all of their games except for the drew with us. Next up was the cup final, which was incredibly tough. Southerners were down a few players and the girls who were also playing rugby were all reaching the limits of their fitness (OK I speak for myself here….). Again the battle was close with the Southerners down 2-1 with a few minutes to go. With a last burst of energy we managed to equalize just before the full time whistle…. which meant a drop off.

We started back with 5 players and the ball. We played well and reached Bangkok Patana’s tryline, but failed to cross it without being touched, and possession went back to the opposition. They too came very close, but we managed to stop one of their breakthroughs just in time for the whistle to drop down to 4 players. This time we weren’t so lucky and Patana managed to break through our 4 man defence and crossed the line for the winning try.

Considering we had not played together as a team before I think we did a stellar job and we are proud of coming second in this touch rugby tournament. Perhaps next year we could try to squeeze in a few training sessions and come away as winners!

A big thank you to Jimmy, Rachel and the other referees for their time and Jimmy a special thank you for organising the largest part of this tournament.